We're happy to announce a major update to our Company Data API. This was a significant undertaking that's been in development for several years and includes:

What can you use it for?

Good data is the starting point for all downstream applications. We work with a variety of customers from startups to enterprises that rely on our data for use cases such as:

Below is an example of calling the API, and you can read the documentation here. 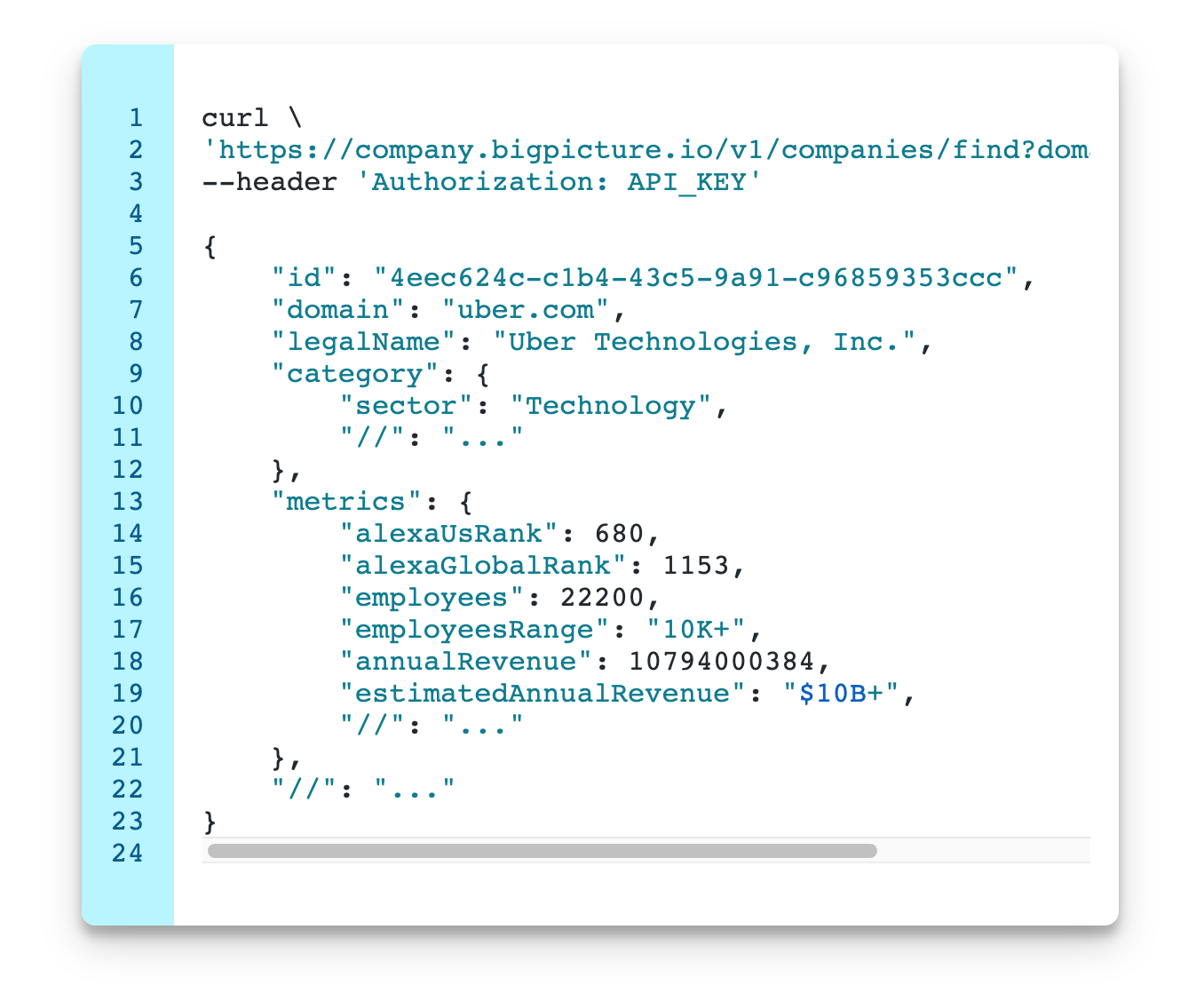 How did we do it?

We initially did not plan to build an API. We were using Clearbit in the early years, but became frustrated with the increasing costs and the lack of support. So we decided to build our own.

This initial version was very rough and didn't have the best coverage, but it worked. After using it internally for awhile, we shared it with some early customers, then launched it publicly in 2019.

It quickly became apparent that there were a lot companies looking for a Clearbit alternative. So we decided to double down and make that our focus.

The new API is a complete rewrite. The backend is a real-time, streaming pipeline to efficiently, and cost-effectively, process lookups at scale.

We're now have data from all the top sources and presently refresh data every 60 days. For domains where we're not able to find some data, we have a growing fleet of ML models that help to fill in the gaps.

While this release is a major milestone, there's still a lot of room for improvement. We work closely with our customers to understand their pain points and to identify where we can deliver more value.

If you're looking for a Clearbit alternative, that's self-service, and doesn't drain your budget, give us a try.

If you're a growing B2B organization, at some point you're likely going to consider leveraging a Company API. Whether…

If you're working in marketing or demand generation, you're likely familiar with B2B intent data. TechTarget, who has been…